A Pond Full of Ink 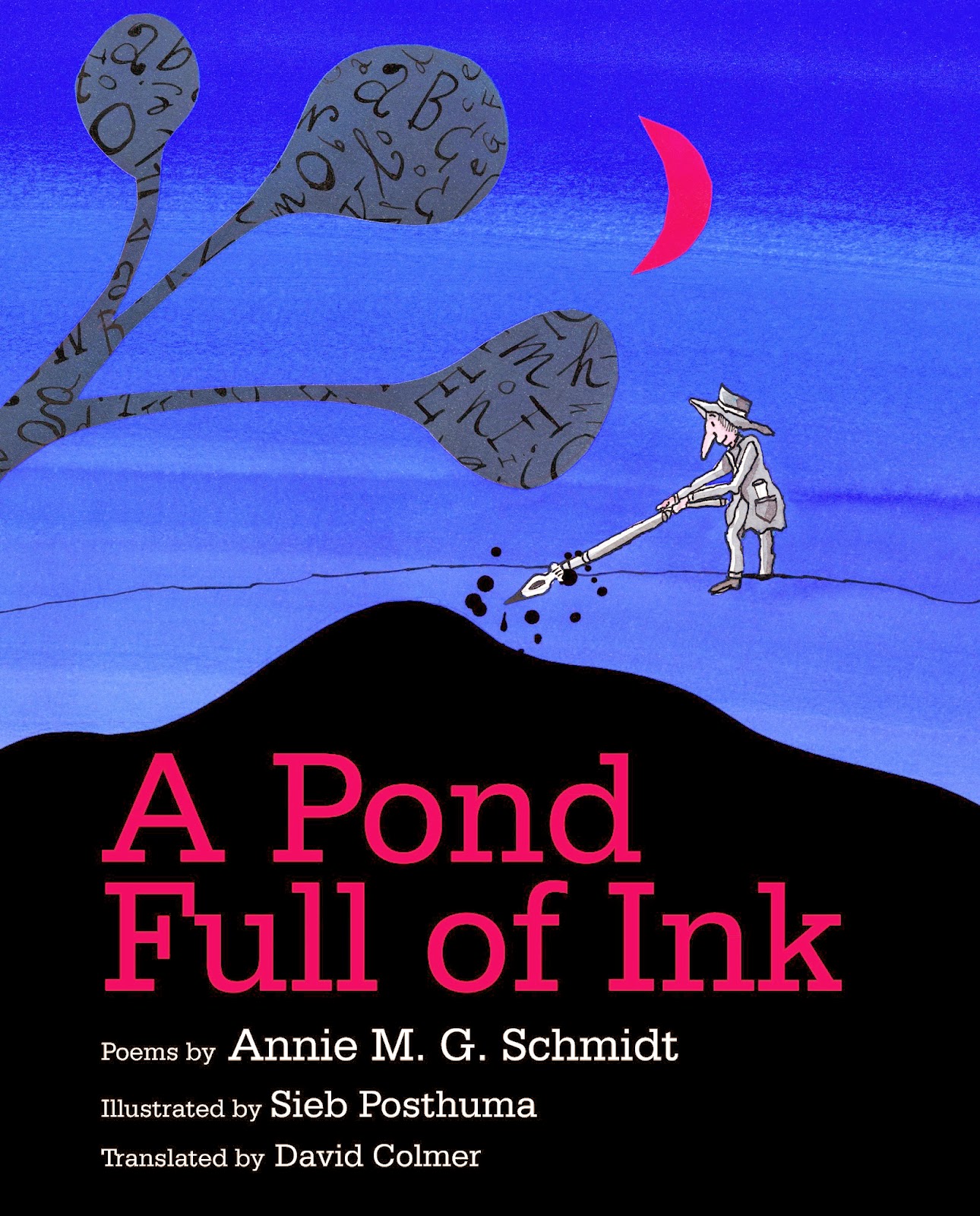 Recently, I received a copy of A POND FULL OF INK, a collection of nonsense poems written by Annie M. G. Schmidt, translated by David Colmer, and illustrated by Sieb Posthuma.

It's a mystery to me how rhyme originally written in one language can be translated into another, but I'm glad that it was. I can’t judge how close Colmer’s choice of words are to Schmidt’s Dutch. I only know that the combination of text and pictures works beautifully here. Both the poems and the artwork (done in collage, ink and watercolor) have a goofy freewheeling feel. Posthuma’s illustrations (copyright 2011) have a slightly psychedelic 1970s spirit which make them perfect for the poems (originally copyrighted in 1978).

Schmidt and Posthuma excel at inventing whimsically detailed scenes, and the book’s layout is whimsical as well. It starts with heavily saturated endpapers depicting a floating "a" on a black pond, and a little man holding a huge pen. The first poem is about this  same “fairy tale author” dipping his pen in the pond. In the last spread the little author is sleeping in a hammock next to the used-up pond. On the back endpapers he has drawn the letter "z." And in between "a" and "z" are elderly otters, walking furniture, a home-invading deer, and bears living in a residential neighborhood. (The meter of  “Are you joking, Mrs. Keller?” is so bouncy that it reads like a song.)

The poem “Aunt Sue and Uncle Steve” describes a family living in a “big old oak.” It’s not until you turn the page that you see the tree in its entirety. It has a face and numerous tiny children playing in its branches. Uncle Steve smokes his pipe in one branch and Aunt Sue rocks a baby carriage precariously harnessed from another branch. (“She’s never really worked out how / to park a stroller on a bough.”)  A boy rides a swing dangling from pulleys, and ladders are propped  to connect the different levels of the home. Crazy, funny details—perfect.

Sieb Posthuma was also commissioned to design stamps.
"For Sieb, the challenge lay in creating one credible, all-inclusive illustration that could be divided into twenty separate stamps. The snowflakes and the clock tower on the right were used to link all scenes together." 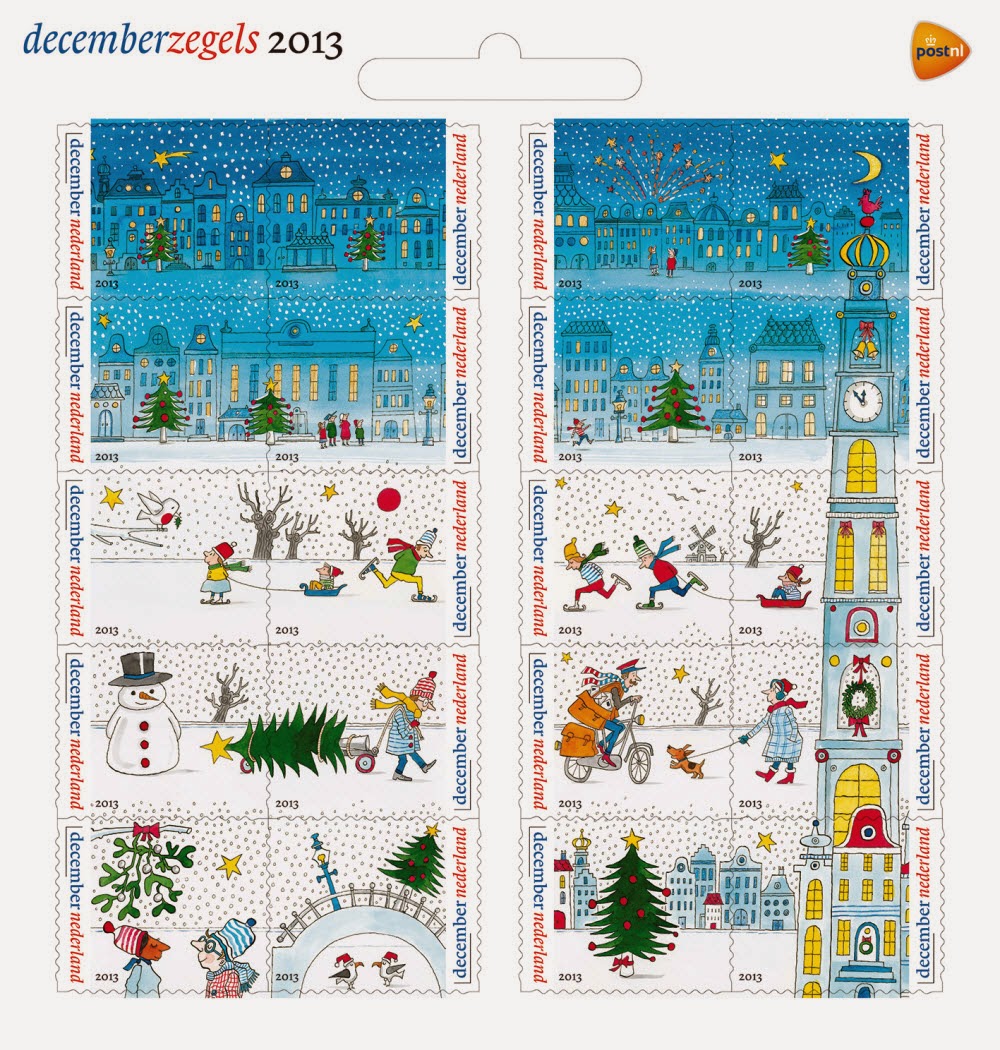 Thank you to Eerdmans Books